I should add that the Enhanced Edition has patched itself twice since I began playing, but these problems still surface. It's true that pathfinding was never good in the original game, but I'm sure I remember an option that would improve it by increasing the nodes that your computer would calculate.

There's no such option in the Enhanced Edition and, indeed, hardly any graphical or interface options at all, something that surprises me a great deal. Multiplayer, meanwhile, promises a proper server browser via Beamdog, but presently offers only a direct connection option. Nevertheless, frustrating as these problems are, none of them derail the game.

After all these years, it still stands up as gorgeous, engrossing, witty and bloody-minded RPG - and a difficult one, compared to the games it has sired. This is a faithful enhancement that hasn't diluted or modified the original game to bring it in line with modern tastes. There are no achievements to unlock, few second chances and plenty of completely unfair challenges to stumble into. The real question is, should you buy it in this enhanced form? If you're not much of a tinkerer, then sure. If you want a horde mode, definitely. Otherwise, be aware that the original Baldur's Gate is cheaper and, with a little savvy, can be modded to up the resolution, add some of the same extras and even to include a few unofficial fan-made adventures.

Unfortunately, this new edition doesn't appear to be compatible with those mods, so be aware that you'll be excluding them. The best way to view the Enhanced Edition is as a particular flavour of this game - one which may or may not appeal to your personal taste. I certainly can't claim that this is the definitive version of Baldur's Gate and I have to judge this game I love with that in mind.

It's not better - it's just different.


However, here's a postscript that serves as both a warning to new players and a reminder of the importance of keeping multiple saves. I found it a little unsatisfactory and I don't think it properly prepares players for such eccentricities as the concept of THAC0. I also found that it overwrote both my main game autosave and quicksave without informing me, even though I swear I never touched the Enhanced Edition's new quicksave button. The convenience of that button had me relying on it for storing most of my progress and I'm estimating that this double-tap has cost me some 60 hours of play.

More about Baldur's Gate: Enhanced Edition. Paul writes freelance articles about all sorts of things, but gaming has always remained close to his heart. Comments for this article are now closed, but please feel free to continue chatting on the forum! Follow the games you're interested in and we'll send you an email the instant we publish new articles about them.

By most accounts, they succeeded. The game basically picks up where the first one left off, but in a fairly clever way for those who missed the original story. You play the hero from the first game, who you can once again design to your specifications or select from a few default builds. Having rid the Western Heartlands of this menace, the hero and his companions set off on a new journey, only to have the lot of them get smacked over the head with socks full of quarters.

… this isn't the forums?

Or something. The point is, you and your friends have been captured, tossed in a dungeon, and are being experimented on by an evil wizard. Some of them have not survived the torture, while other have made it through with scars left inside and out. This plot device gives the game an excuse for you to not know who your companions are, should you be new to the series.

Your goal is to find out what that evil wizard was up to, and the pursuit of that will take you on a lot of adventures.

To their credit, Overhaul Games did a much better job this time around than they did with the original game. The new content feels more properly fleshed out, and there are fewer bugs on the whole. Enhanced Edition is bug-free. Even after its first patch, which took over a year to release, the game still has a lot of little issues. Post-patch, there is at least nothing game-breaking that I could find. The truth is that this is such a huge game with so many dangly bits that it was probably a real nightmare to recode and add content to without the whole thing collapsing on itself.

On the positive side of things, the graphics look fantastic in their new higher resolution, and the user interface is smartly-designed for touch controls. It plays very well on the iPad, though some of the original problems still exist. Your characters will sometimes interpret your instructions in the most intriguing ways, pathfinding the longest possible way to that monster on the other side of the room.

Sadly, this game has the same hilarious bug the original game does, where you can minimize important parts of the UI right off the screen, with the tab to bring them back virtually unreachable without pulling off some arcane wizardry in your device settings. I should qualify: By far the most frustrating interface problem involves the doors, stairways, and other passages that connect one zone to another.

On the PC you can discover functional doorways by hovering your mouse cursor, which changes to signify that you can click to send your party on their merry way. But the iPad presents a couple of problems. Second, you often have to tap a door just so before the game understands that you want to use it. Sometimes you need to tap the door itself, other times the little patch of ground just past the door. No, not that patch, the one next to it! The quest journal goes blank whenever I roll a new custom character, but if I exit and relaunch all is well.

The worst and most consistent bug causes my frame rate to plummet whenever a character casts a long-lasting area-of-effect spell. The developers are aware of this problem, so I expect a future update will address it. Nor have I been able to try the game in multiplayer. Enhanced Edition not just as a smashing success, but as an important proof of concept for the future of touch-based gaming. That ideal has always presupposed the PC platform or something quite like it, but in the years to come we may witness a shift.

If a game like this can play so well on the iPad, what else might? Enhanced Edition is not just a smashing success, but an important proof of concept for the future of touch-based gaming. For full posting functionality, view this post in our forum. Baldur's Gate: 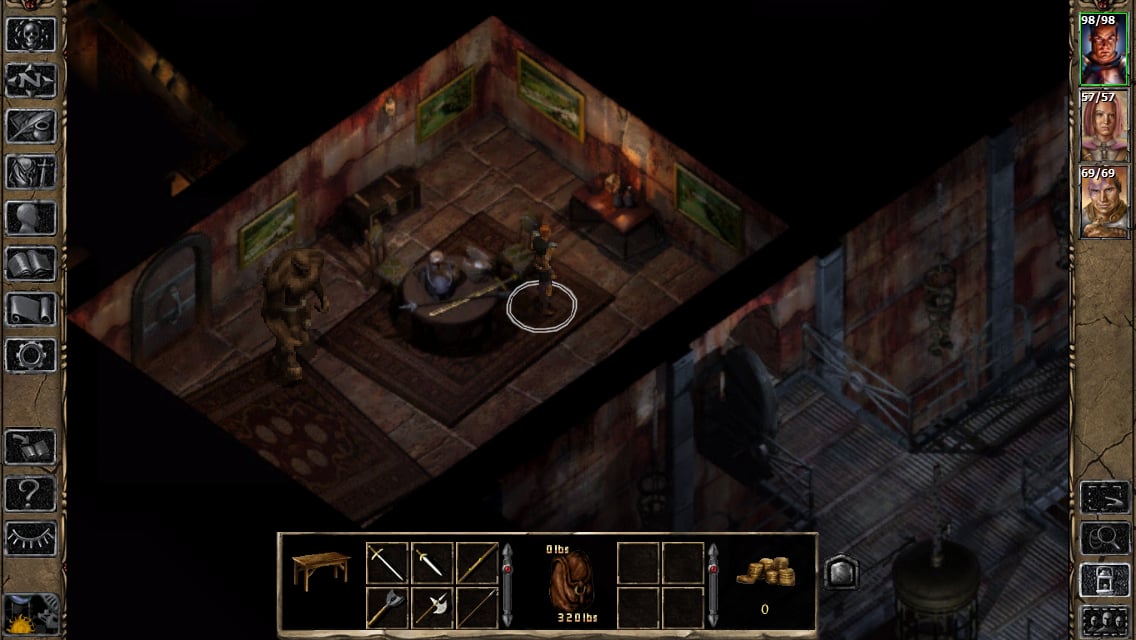 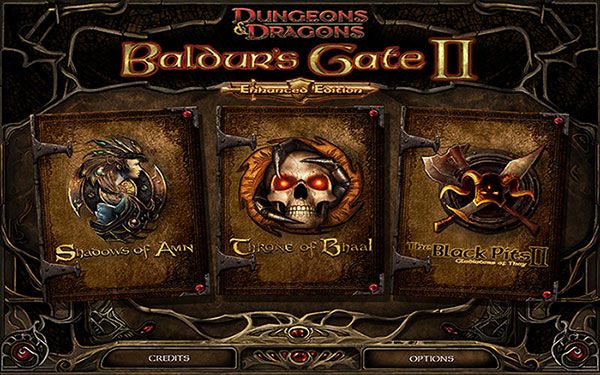